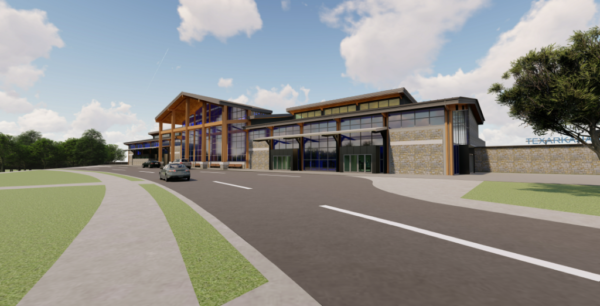 Texarkana Regional Airport About US

The Texarkana Regional Airport (TXK) was certified for operation in 1928 and remains today as critical aviation infrastructure for the Ark-La-Tex. TXK is a primary commercial service airport owned and operated by the Cities of Texarkana Arkansas, and Texarkana, Texas, by and through the Texarkana Regional Airport Authority. Located approximately four (4) nautical miles (“NM”) Northeast of downtown Texarkana, USA, US Highway 67, Interstate 30, and Interstate 49 provide quick access from the Texarkana metropolitan area to TXK.

Focused on convenience and comfort in a beautiful setting, TXK is committed to providing the region’s commercial air service while offering an exceptional travel experience. Since its opening in 1928, the Airport has accommodated many local and regional passengers, who enjoy the convenience of using their local airport. In 2019, TXK served nearly 40 thousand passengers (airport record) and continues to see high utilization for air travel needs in the Ark-La-Tex. Today, commercial airline service at TXK is provided by American Airlines with daily, nonstop service to Dallas/Fort-Worth International Airport. With a simple flight connection and plane change at DFW airport, passengers can continue their flight with American Airlines to many domestic and international destinations within their network.

A big part of the energy and excitement surrounding TXK comes from the region it serves – the counties of Bowie and Miller as well as the growing city of Texarkana, USA. Known for its award-winning lakes, historical sites, thriving tourist towns, outdoor activities and incredible hunting/fishing grounds, the Ark-La-Tex is a popular leisure destination that continues to grow. While people are planning extravagant trips to other world-renown destinations, those people can enjoy similar amenities in the Ark-La-Tex for a fraction of the cost.

Located in Texarkana, TXK is perfectly positioned to serve the Ark-La-Tex area, including Texarkana, Broken Bow, Hochatown, Hot Springs, Caddo Valley, Magnolia and Shreveport, as well as other points in Arkansas, Louisiana, Texas and Oklahoma. Visitors who utilize TXK will see that TXK’s location puts all the local and regional attractions within easy driving distance.

To make TXK the preferred airport in the Ark-La-Tex, in an environmentally sound manner, as a vital part of the local, state, and national economy.

To provide exceptional customer service, facilities, and travel opportunities for the residents and visitors of our community in a reliable, cost-effective, and convenient manner that facilitates regional economic growth and development.

The Texarkana Regional Airport Authority was established by the Cities of Texarkana, Arkansas and Texarkana, Texas to govern and operate TXK.

In addition to a governing Authority, the Airport Authority also serves as an advisory board to the Cities of Texarkana, Arkansas and Texarkana, Texas, reviewing policy, administrative and management matters for TXK.

Board Member – At Large